During the early morning hours of Tuesday, June 23rd, thieves attempted to break through the front glass windows and doors of a commercial premise located in Mt Pleasant, WA.  Despite repeated blows from a heavy blunt instrument, the would-be intruders failed to breach the shop’s security film and anchoring installed by Cleargard Australia over nine years ago and nothing was reported stolen.  The glass was replaced and the security film and anchoring were all reinstalled the following day.  Insurance covered all of the glass and film replacement costs. 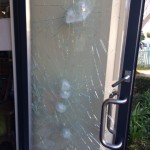 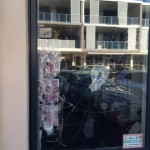 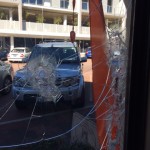