Four would-be thieves have fled after a security guard scared them away from a jewellery store in Brighton, in Melbourne’s south-east.

Police said a stolen Mercedes hatchback pulled up outside Holloway Diamonds on Church Street about 10.20am.

One of the four masked men used a sledgehammer in an attempt to smash the front of the shop open, police said.

The store’s security guard then confronted the man, causing all of the offenders to flee in the blue-silver coloured stolen car with Queensland registration plates.

They were last seen driving along Carpenter Street, towards North Road. 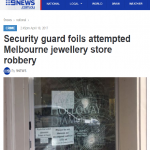 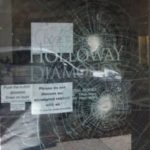 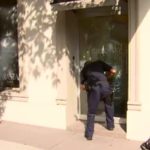